Honestly, people really annoy me this time of year. Everyone is so focused on shopping, and how many times have you been asked “What do you want for Christmas?” First of all, the Christmas shopping season starts with the madness of Black Friday. I understand the desire to get a great gift for someone at a really good price, but is it necessary to start the season off with violence? Two people were shot outside a Florida Wal-Mart. The police had to use pepper spray at one store. People have been trampled to death before. And how many fights have you heard about breaking out during the shopping frenzy? Is this really what the holiday spirit looks like? Because, if so, I want no part of it.

They could be giving stuff away and I wouldn’t deal with this madness. Not only that, but gifts are NOT what the season is all about. We should be focused on the Reason for the Season, not about what cool present someone is going to give us–or what we’re going to buy for ourselves.

My other major dislike about Christmas is the fact that it starts before Halloween is over. I was in Wal-Mart in mid-October this year and heard “Jingle Bells” playing throughout the store. Y’all, I almost had an aneurism right there. Can we not get Halloween and Thanksgiving out of the way before we start decorating for Christmas and playing carols? I’d be a lot more likely to get in the Christmas spirit if it started on December 1st. Also, if people didn’t insist on being tacky and unnecessarily, um, festive, with their holiday displays.

What it comes down to is this: I don’t like the hoopla surrounding Christmas. I think it should be about celebrating the birth of Christ, and spending time with loved ones, not about material things and over-the-top attempts to one-up the neighbors, a la Clark Griswold or Tim Allen. Right now, I’m getting ready to go to my mother’s house. It’ll only be her, Baby Brother, and I, since Dad and Bubba are in New Orleans, but it will be wonderful to spend time with them. And, since it’s thundering and raining outside as I type this, and temps are supposed to start falling throughout the day, with the expectation of sleet and snow, I’ll be spending the night there as well (since I have to be at work before 5 a.m. and she lives MUCH closer to my job than I do).

I hope everyone has a Merry Christmas. And remember the Reason for the Season. 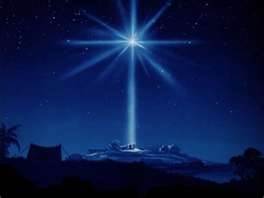