The past two weeks have been full of more craziness. I’ll try to stick to the highlights.

On May 31st, I drove down to New Orleans to see my Dad again—he was in rehab after surgery—and to celebrate the fifth anniversary of surviving a stroke.

Dad looked SO MUCH better than when I saw him the day after surgery. 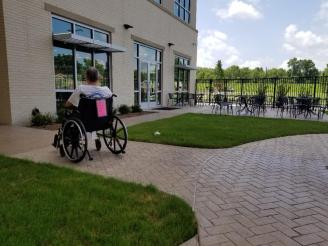 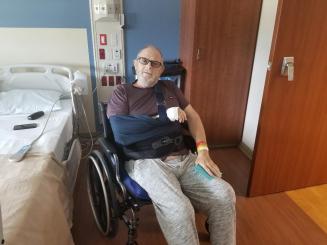 He actually came home from rehab this past Friday, and is doing extremely well.

On Friday, June 1st, to celebrate my anniversary, my mom, brother, nephew, and I hit the French Market, Cafe du Monde, and the aquarium. 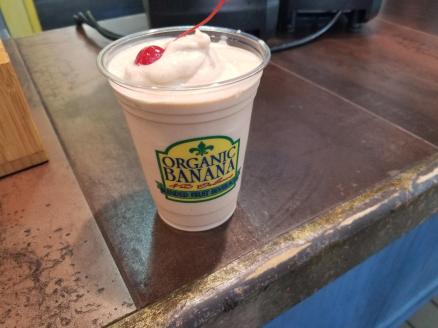 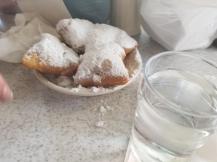 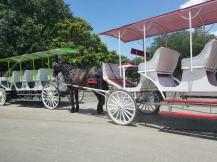 There may have been alcohol in that Almond Freeze I had before 11 a.m. Allegedly.

The aquarium was fantastic! I love going there. 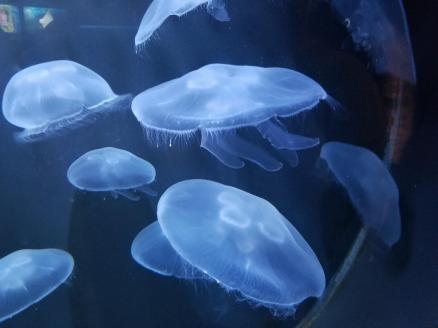 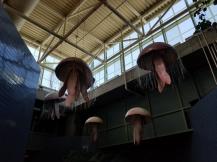 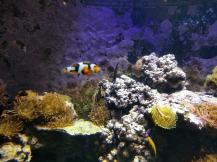 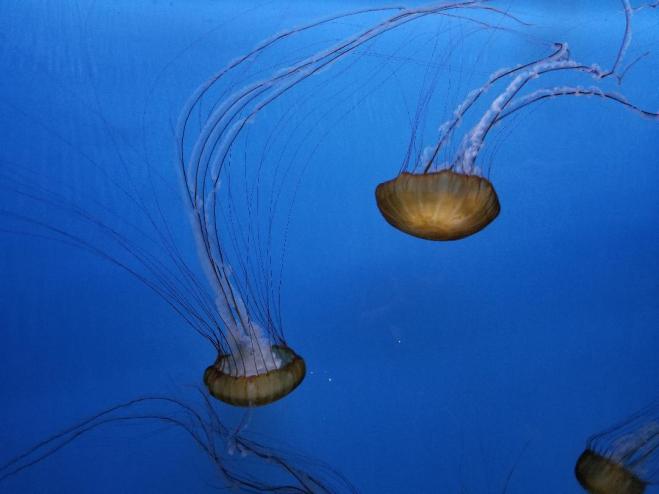 After, we went to Parkway for po’ boys. 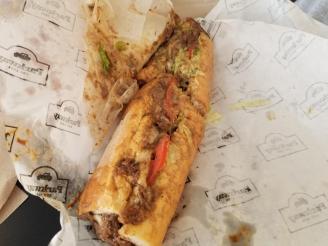 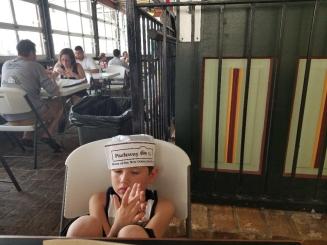 That Saturday, I had lunch with my mom and a good friend. We hit up Copeland’s, where I had my favorite—the eggplant piroque. 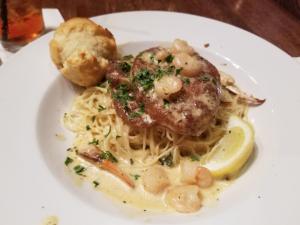 Spent a lot of time with Dad. I had plans with another friend, but we miscommunicated. Oysters and cocktails next time, my friend.

I drove home on Monday, worked Wednesday and Friday. This past Saturday, Baby Brother and I drove to Brownwood to see my grandma.

The day before Dad had his surgery, she was taken to the hospital by ambulance. She had a bad bladder infection and trouble with her heart. (She’s almost 91 and has a bad heart. Nothing the doctors can do.) She went to rehab the same day Dad did, but she was really struggling. The Saturday I was in NOLA, she was really doing badly, but she improved last week.

When Baby Brother and I arrived, my aunt tried to wake her, but we could not get her awake. A sternum rub from the staff only got a flicker of response. She was snoring away, but it freaked us out. After a while, we left to have lunch, when we got back, the charge nurse told us they’d managed to get a response. We talked to her, and she answered, although I couldn’t understand much. I DID understand her telling me she loved me, though. Apparently, Friday night, she told my aunt she’d lost her vision. I think she could still see movement, though.

As of now (late Sunday afternoon), she’s a bit more alert and trying to talk, according to my aunt.

Honestly? I don’t think it’ll be long. She’s ready. She has a living will. She doesn’t want any interventions. She’s ready to go be with Jesus and my grandpa. I’m sad, but again:  it’s what she wants. I’m worried about my aunt and my dad. My uncle died last February. My Dad JUST had surgery and isn’t supposed to travel. The logistics of getting him here are going to be challenging.

The 4th also started a 14-day sugar reset with Skinny Fitalicious. I won 3 coaching sessions with Meghan 2 years ago, and she’s fantastic, with some great recipes. This reset has been…challenging. I’m used to aiming for low carb ALL day, but this requires good carbs at night. I also don’t generally eat/cook a ton of veggies, but now I’m having veggies ALL DAY LONG. 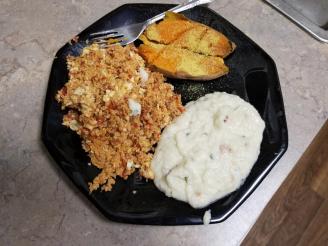 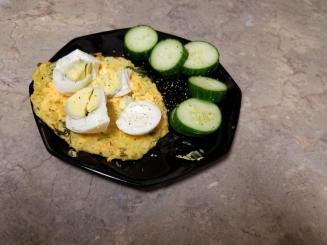 I ate a ton of salad last week, but really struggled with the carbs at night.

I just now meal prepped and took my fridge from this: 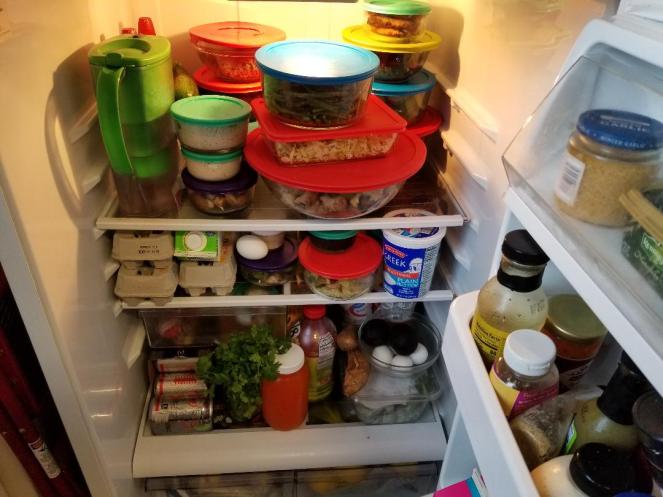 Feeling a little bit better about this, but…it seems like so much food!

I did some book reviews the past couple of weeks, like Fredrick Backman’s new novel, Us Against You, which was amazing, but I’ll link to those next week.

That’s it for me.

6 thoughts on “week in review: from NOLA, with love”

There was an error retrieving images from Instagram. An attempt will be remade in a few minutes.