Worked 39 hours in 3 days at the day job. WHY can’t people just do their job, instead of blaming their inability to get things done on other people? Seriously.

I got in two workouts, 20-minutes on the treadmill with a 20-pound backpack. Grand Canyon hike is in 15 1/2 weeks, and I’ve wasted far too much time being lazy. I wrote a post about my changes here.

I got a bit of writing and editing brainstorming in.

Reviewed The Bookshop of Yesterdays, The Emperor of  Shoes, and Little Do We Know. These were all good reads, but Bookshop was super-enjoyable. A book about a family mystery that must be solved using literary clues, set in a bookstore? Yes, please!

Saw my pulmonologist on Thursday. My alpha-1 levels have dropped slightly, but since my pulmonary function is, in the words of my doctor, “awesome”, he’s not too concerned at this point.

Got to spend a few hours with someone very special, too. He took a –hopefully temporary–job out of state in January, and this is the first time I’ve seen him since he left. Long distance sucks.

My grandmother will probably be going on hospice Monday. She basically sleeps all the time, although she wakes some and talks a bit. She’s barely eating anything, and that plus the near-constant sleeping seem to indicate her time is near.

I did so-so on the sugar reset challenge. (So what happened was…cheesecake. And Thai food. And stress eating. Sigh.)I did have some good, healthy meals thrown in there, too. 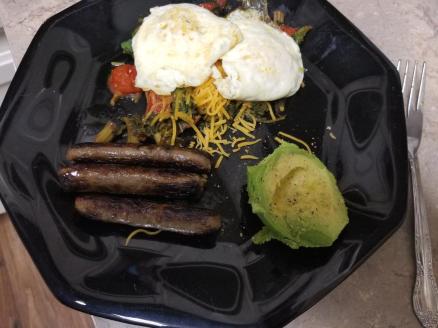 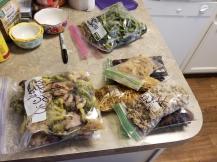 I did some meal-prepping on Sunday to get me through the week.

That’s it for me.

6 thoughts on “week in review: it is what it is”